The X Games is a sports event, controlled and arranged by the U.S. sports broadcaster ESPN (with coverage also shown on its sister network ABC), which focuses on extreme sports.

The inaugural X Games were held in summer 1995 in Rhode Island. Participants compete to win bronze, silver and gold medals, and prize money.
The Winter X Games are held in January or February (usually in January) and the Summer X Games are usually held in August, both in the United States. The location of the Winter X Games is in Aspen, Colorado through 2014, while the location for the Summer X Games has been in Los Angeles, changing to Austin in May 2014. The X Games also has international competitions and demos around the world that are held at varying times throughout the year. The games are shown live on television.
The Winter X Games are, as described by ESPN (2008), a competition compiled of the greatest winter action sport athletes from around the world competing on an annual basis. The competition has day and evening events including skiing, snowboarding and snowmobiling. The first Winter X Games took place at Mountain Resort in Big Bear Lake, California, in 1997. The following two years, the Games were held at Crested Butte Mountain Resort in Colorado. The two years following that, the Games were held in Mount Snow, Vermont. Since 2002, the Winter X Games have been held at Buttermilk Mountain in Aspen, Colorado, and according to ESPN they will continue to be held there in 2014.
The competition often features new tricks such as Tony Hawk's 900 in skateboarding, Travis Pastrana's double backflip in freestyle motocross, Heath Frisby's first ever snowmobile front flip in Snowmobile Best Trick, and Torstein Horgmo's first landed triple flip in a snowboard competition. Concurrent with competition is the "X Fest" sports and music festival, which offers live music, athlete autograph sessions and interactive elements. 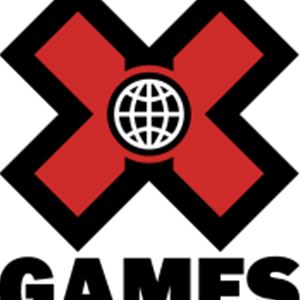